Home | Adult Fiction | adult fantasy | The Books I Read But Never Talked About Before My Hiatus: PART 2 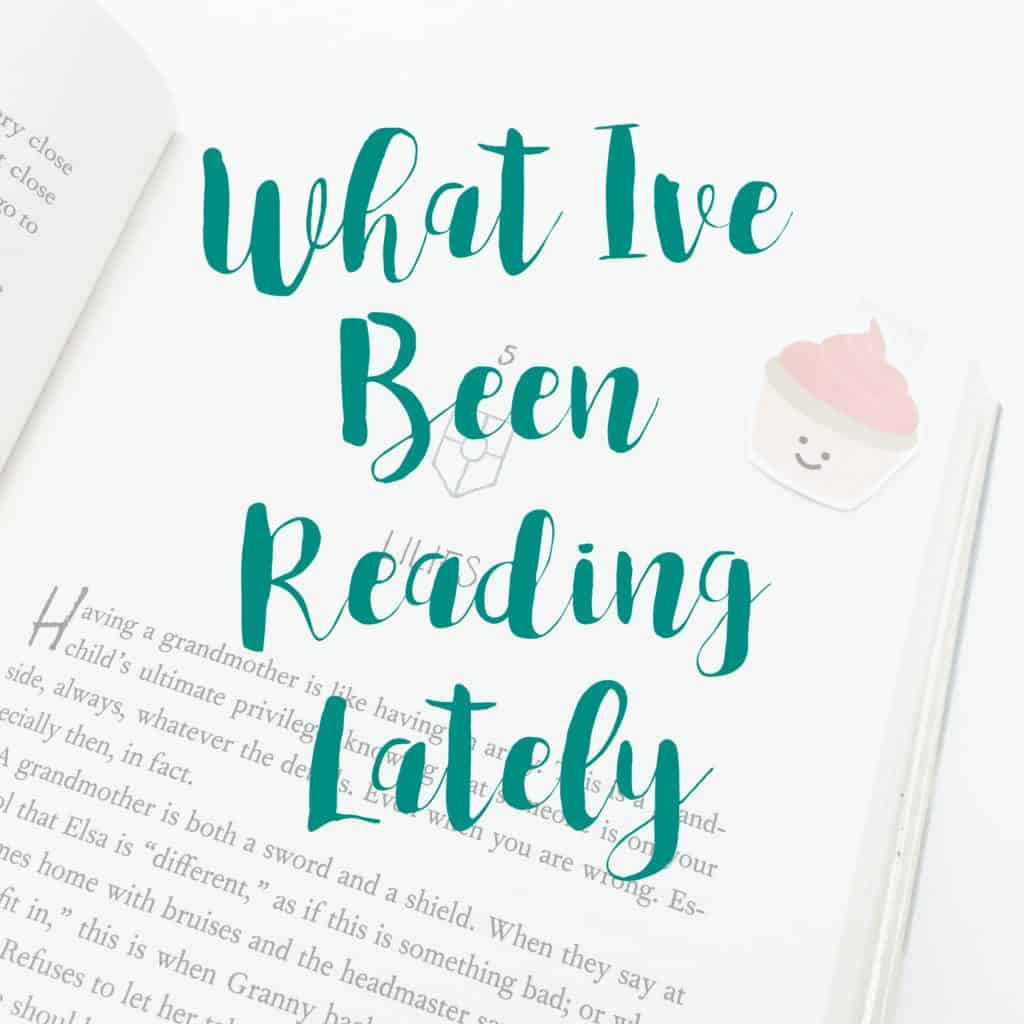 As with Part 1,  I’m going to continue to BRIEFLY mention some of the books I read last Fall/end of 2016, before I was held hostage by my terrible first trimester of pregnancy, because they deserve to be mentioned and then hopefully I can get myself more caught up on what else I’ve been reading lately!

So let’s get started: 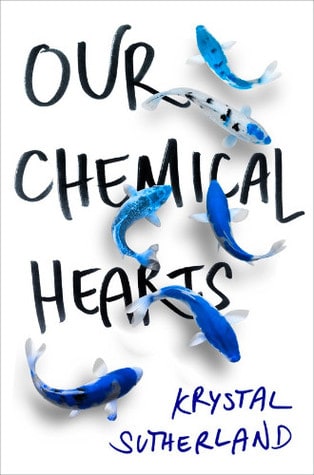 Our Chemical Hearts by Krystal Sutherland:

About In A Sentence or Two: Henry has never been in love — instead he’s focused his time on school so he can get into a good college, friends and working hard to become the school newspaper editor. Then in walks Grace Town into school and right into a co-editor position. Not at all his dream girl — she’s mysterious, seemingly broken, dresses in oversized boy clothes, kinda looks homeless — but something about her makes him fall hard and want to help her with whatever is going on in her life.

Thoughts: I remember finishing this one, even though I really liked the ending, and thinking it was just kinda okay — I liked some parts and I didn’t care for others. And now that I’m thinking back to it….I’m having a hard time remembering much about it at all. I remember it being pretty emotional and heartbreaking and I really felt for Grace. But….that’s about it. 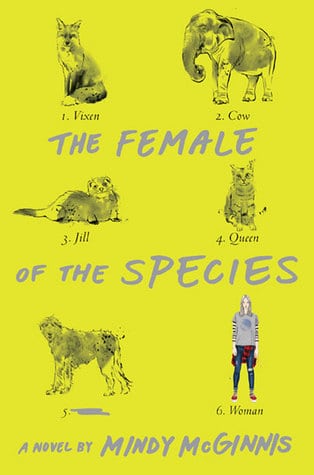 The Female of the Species by Mindy McGinnis

About In A Sentence Or Two: When Alex’s sister is murdered and the killer goes free, she knows she will take revenge. In the after, she tries to remain unseen because she doesn’t think she should be trusted after doing a thing like that and not getting caught….and then the universe brings Jack and Peekay into her world who see her and want to get to know her. Can what is inside of her stay hidden or will it come out when she’s around people?

Thoughts: Ooohhh this one was so good and so compelling. I love reading from POVs where you know you shouldn’t be rooting for some of the things that the MC is doing but also you kind of are because you GET IT? Very conflicting for my brain and sense of morals!! I LOOOOOVED Alex though…loved her! She was seriously one of those rare characters you don’t see often in contemporary YA. And Peekay — her and Alex’s friendship was so wonderful. Plus FEMINISM ftw in this one!! It tackles things like rape culture and slut-shaming really well. ALL THE EMOTIONS while reading this one — like allllll of them. I’ve read other Mindy McGinnis books and they always make me think and explore really important questions and this was no exception! HIGHLY recommend if you are looking for a different kind of contemporary read. 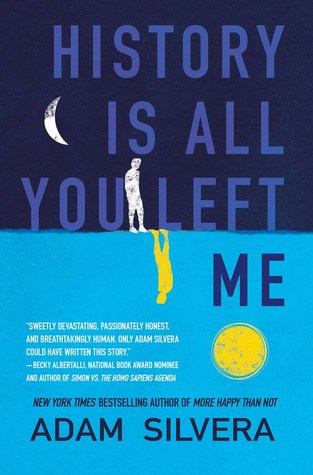 History is All You Left Me by Adam Silvera

About In A Sentence Or Two: When the love of Griffin’s life and ex-boyfriend, Theo, dies in an tragic accident….everything unravels. Even though they broke up while Theo was away at college, he thought that they would find their way back to each other. And the only person who truly gets what he’s going through is Jackson — Theo’s boyfriend at college. Spending time with Jackson and opening up to each other about Theo proves to be a bad idea for Griffin as he finds himself on a downward spiral.

Thoughts: This book SLAYED me. I mean, really did a number on me emotionally. The timeline of book did a lot to contribute that — it’s told in a way that you watch Griffin and Theo falling in love right alongside chapters where you know that 1) Theo has died and 2) they broke up well before he died. It was BRILLIANT but it’s SO SO bittersweet and hard to be getting fully invested in their relationship only to KNOW how their story ends ultimately. Watching Griffin grieve and learn more about Theo’s life after the breakup, FROM THEO’S BOYFRIEND, is so heartwrenching oh man.  I mean, I was only 15% in before I was crying and it only affected me even more as the book went on. It was the 5 star book my soul needed at the time. So beautiful, heartbreaking and poignant. One of the best books I had read in a while, truly!! 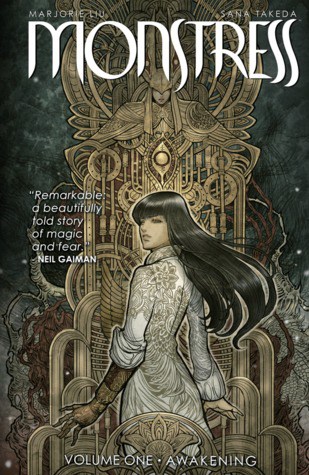 About In A Sentence Or Two: “Set in an alternate matriarchal 1900’s Asia, in a richly imagined world of art deco-inflected steam punk, MONSTRESS tells the story of a teenage girl who is struggling to survive the trauma of war, and who shares a mysterious psychic link with a monster of tremendous power, a connection that will transform them both and make them the target of both human and otherworldly powers.”

Thoughts: I had seen this comic every time I went to pick up other comics and I finally decided to pick it up! I loooooved the setting so much and the matriarchal society. Plus the artwork was beautiful! At times I struggled to understand the world, the history of the wars and all the races that inhabit this world because it’s so richly built but I really did start to get my bearings despite feeling overloaded with a lot of the world building and crucial information. The story itself is brilliant and moving and super compelling. Plus some badass ladies! I can’t wait to read volume 2.

Have you read any of these? What did you think?! Any of these going on your TBR? Tell me what you’ve been reading!

[This post contains affiliate links which means that if you click on one of the product links, I’ll receive a very small percentage of the sale that helps go towards maintenance of this site and giveaways and the like — no extra cost to you! I always so appreciate when you shop through these links! ] 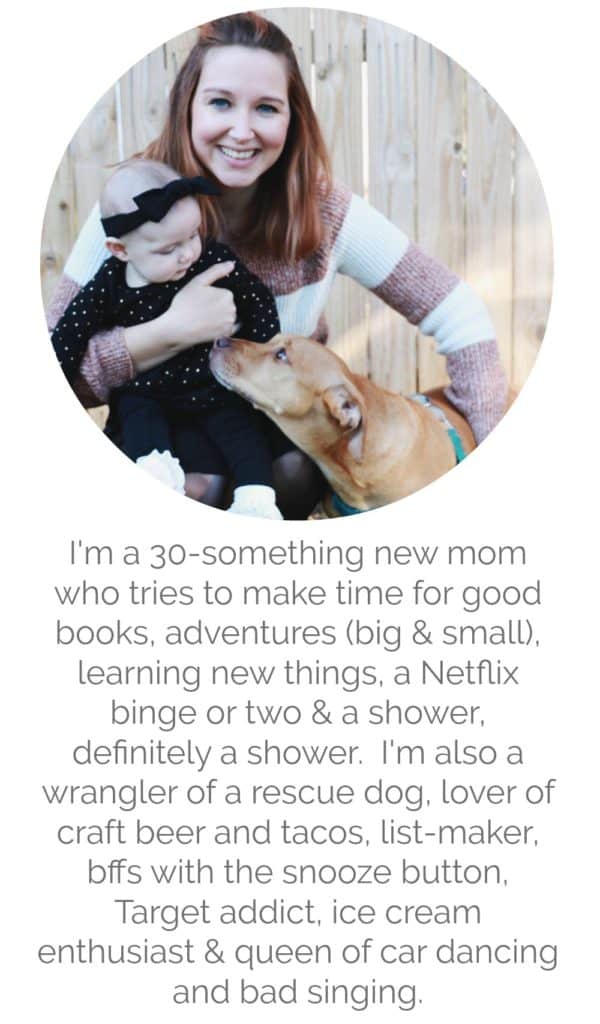 I realized I was doing something in my reading lif